The summer is here, and re-watching the show has started. SPNhunters.com got me thinking about this subject again, and the first deal we see made was when Dean made a deal with the demon to save Sam’s life and bring him back from the dead after Jake Talley stabbed him in ‘All Hell Breaks Loose’ finale Season 2. We all thought at the time how horrific that incident was, and how Dean would do anything to change that and save his brother.

Bobby is furious when he discovers that Dean made a deal to bring Sam back in 2.22 All Hell Breaks Loose: Part Two.

Bobby: You stupid ass! What did you do? What did you do?! You made a deal…For Sam, didn’t you? How long did they give you?
Dean: Bobby.
Bobby: How long?!
Dean: One year.
Bobby: Damn it, Dean.
Dean: Which is why we gotta find this yellow-eyed son of a bitch. That’s why I’m gonna kill him myself. I got nothing to lose now, right?
Bobby: I could throttle you!
Dean: And send me downstairs ahead of schedule?
Bobby: What is it with you Winchesters, huh? You, your dad. You’re both just itching to throw yourselves down the pit.
Dean: That’s my point. Dad brought me back, Bobby. I’m not even supposed to be here. At least this way, something good could come out of it, you know? It’s like my life could mean something.
Bobby: What? And it didn’t before?! Have you got that low of an opinion of yourself? Are you that screwed in the head?!
Dean: I couldn’t let him die, Bobby. I couldn’t. He’s my brother.
Bobby: How’s your brother gonna feel when he knows you’re going to hell? How’d you feel when you knew your dad went for you? This spirals later as we know into to other seasons, and becoming more drastic as each deal with demons are made. When we begin to learn more about these shady deals we look back and learn that John Winchester made a deal with Azazel to save Dean. But also looking back further Mary made a deal to save John with Azazel. So was Mary the first to make that spiralling emotion to save her family member?

Azazel in Supernatural story telling has probably been the most powerful demon to cross paths with the Winchester’s as a family, and the one demon who really caused misery and danger to the Winchester’s. Azazel has always been my personal favourite baddy and don’t think anyone has beaten him, in terms of his acting, and the level of de-monisms and level of demoniac’s if there is such a word to cause such destruction and evilness for each demon deal he turned out. Azazel knew how to twist that knife into a human soul, and get what he wanted from torturing humans physically and mentally. Dean almost died at his hands too in the grave yard. But Dean did get the upper hand and shot Azazel dead. As power goes on this show, I think he had it in buckets. His evilness spurred onto cause such deals that no other demon coming up through the ranks has caused. He also plaques Dean’s mind thinking that is what comes back from the dead 100% them? Which has tortured Dean ever since.

Don’t you see a pattern here? Dad’s deal, my deal, now this? I mean every time one of us is-is-is up the creek the other is begging to sell their soul.

So what overall power do demons have now over the Winchester’s when they make deals. Which Demon can strut their stuff and cause as much harm, heat and misery as Azazel once did. Crowley was close, but still don’t think he had that ultimate presence and dominance that Azazel once had.

‘DEALS’, deals, deals, have echoed throughout Supernatural’s history. And this really has got me thinking about what makes a human go to those lengths to make such a deal for so many years of their life, to bring that loved one back. Demons know how to work a human’s mind and what other humans mean to them to get the best out of that deal they can and how to really hurt that human for ever. There has been no going back once a deal is made, as the brother’s have later found out. Sam was so angry when Dean made that first deal, knowing what John went though to save Dean. And Dean also felt that pain, so why did he choose do go ahead with it, knowing those consequences? Dean’s life was drastically shortened bargaining with the demon for 1 year’s life, which was quietly ticking away in the background and the brothers desperately finding ways to get him out of going to hell…. Dean truly suffered in hell, but this still didn’t change his mind about doing deals with Demons? What did going to hell really teach DEAN? Dean later learns a lot about ‘DEALS’ in that some deals are made purely for the ends of the human making them. That they want that deal to make them rich, popular, and very famous in a short space of time. Evan Hudson made a deal to save his wife from Cancer. 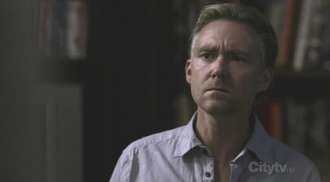 Demons are not necessarily the only ones who make deals with humans; Ghosts, Angels, Fairies, Witches and Gods have all had their hands in creating them. But maybe not as successful as Demons appear to do. How ruthless they are in executing that deal has to be seen to be believed. I think the story behind deal making should be delved into more on Supernatural, as many Winchesters have sealed their fates behind one. Also pacts have been made, and demons have been summoned to make such a crime against a human, yet no human has ever policed such crimes and put an end to the deal making process. 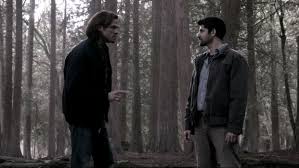 ALL deals are listed above courtesy of SupernaturalWiki.com When you re-discover those all important deals, its surprising why they have made deals, literally to save one another, so for selfish reasons. Nevertheless, its been a discovery to learn again those fates that have been dealt because of performing that ritual with a demon, low ranking or not.

So what do you know about demon deals, do you think the brothers were wise in making deals, just to help each other out? Was making a deal worth all the upset and trauma in seeing the deal out, knowing what the outcomes would be. And most importantly, do you feel either brother has learnt anything about sealing deals with demons?

Photographs: Property and courtesy of ‘The CW’

3 thoughts on “Where did ‘DEALS’ originate from?”