Yesterday I treated myself to a beginners course on How to plot a novel. I’ve known I’ve always had one in me and for ages now have been writing down ideas that have come into my head for inspiration. I had a private talk with the author yesterday Jane O’ Reilly who is a local Sci-Fi author who seems to have put me on the right path. I owe her a lot! The course was free in my local library and it was a good sized group and looking around the room I noticed that persons present, where of mature years. Many whom had retired and turning to writing a novel for something to do, and earn a little extra cash. I found myself getting sucked into the group and with questions followed more questions from the same question first asked, and think we all found ourselves getting something out of it.

I did ask Jane the question about having mental blocks not just odd ones, but ones which lasted for long, long periods. I have noticed that for some reason I have not published much on the blog as I used too. I guessed to myself had my inspiration dried up. My juices were not flowing as freely as they once did, when I first started. The group really encouraged me, that I needed to bit the bullet and fight your way through the fog. Jane hinted that with my novel, I might be bored. Am I feeling scared that I might be bored of the show? I don’t want to be in denial because that leaves me drifting away from the thing I love the most and have for years.

Jane tried to reassure me that, Blog writing is different to formatting and dealing with a novel long term. They are very different aspects of writing. She also hinted that my series may have dried up in inspiring me like it used to. She knew fans whom had drifted away because of lack of writing fluidity in keeping the viewers in suspense. I also noted from her that Sci-fi/fantasy is a difficult genre to keep an audience attracted, and that the shows writers can become a little repetitive and stale. Writing a big scale arc like they do in America is very time consuming and they have a certain time scale in which to pen their scripts. So, therefore, idea’s may not flow from them so easily.

So where does this leave me? Do I struggle with blogging? Has my inspiration dried up to an extent that I cannot think of something to say any more because the series writers lack inspiration to keep me hooked themselves? My authors here write every single week reviewing the current episode, and for you guys how do you cope with mental blocks? Recently I remember talking with CobwebQueen who used to write for me, and recall saying to her that I pointed this out to her that she was suffering from this too. She had just finished uni and couldn’t seem to find something to talk about. Now she is flooding her blog with every day interesting stories. She is coping. I don’t seem to be? 😦

So what has happened to my favourite writers, and my favourite show? Do you feel something is missing on Supernatural? Has the writing become stagnated and churning out very similar repetitive stories/plots? Do I need to look at the show in a different way? My gut always has loved the mythology aspect and stand a-lones monster of the weeks, do admit bore me. Stand a-lones do sometimes help with individuality of a character, that I can get attach to a new face on screen but not for long? They also as mythology help move the story telling along where as I don’t feel monster of the weeks do? I will never give up on my boys, because of their journey and how they fight evil and often win. I want to see what happens to them and how their journey, one day ends. My boys for 10 years are my world, and think that my writing team on the show are not giving me the fuel I need to be able to write like I once did. So nothing to do with J2 as a package, and to engage with. So what’s gone wrong with the writing on this show, ANYONE?? So really think for me guys, in ways I can get back into writing. What I can do to engage me again, see that light that is missing?? What keeps you writing, and how do you fight through that fog? 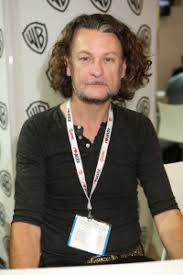 In the past, we have been blessed with great episodes that have been masterpieces in their own right. I have always praised our one-liners, and Crowley got most of those like I was born to direct rings a bell with me. They don’t seem to write phrases like this any more. Since Ben Edlund left, I think those one-liners have gone away with him. The current team don’t appear to impress me in this way as the once did. So where have those one-liners gone. And will they ever come back? Is this one area that has disappointed me? Ben was a master at writing those mysteries that kept you watching, and drive the plot along and sometimes with twists that you never saw coming. He was a genius. At first I didn’t think that much of him, until I once read other fans talking about him in how he crabbed your attention to the end.

Who do you love as a writer, and what do you feel the bring? Has the show lost its way a bit, and needs to find that path again, or are you happy with its direction going into Season 14?

2 thoughts on “Mental blocks, dare I admit this to myself?”