Okay, am I gonna state the obvious here? Does anyone else sense this, or is it just me?

I don’t buy that Nick is really Nick? Whether its residue in him or some other force within that is still controlling Nick? When the story about Nick starts to unravel itself and Nick goes off on his own little jaunt, we notice a different side to him. Obviously the writers are leading us up a path, but where is that path leading us? Nick wasn’t aware of snapping his fingers, something that Lucifer would so naturally do, almost like a copycat reaction. He raises his fist in front of his  previous neighbour to find evidence about his wife and child’s murder and ends up murdering him? But WHY?

When Gadreel left Sam it took Cas quite a while to remove Gadreel from Sam. The healing process was quite a painful ordeal for Sam who it appears still remembers it. Nick appears to have come out the other side with not that much pain to show for his experience. We never saw Cas around Nick that much to notice if he even attempted to try the healing process. So who’s to say what is still left inside Nick?

Whether Lucifer is still ALIVE in Nick remains to be seen. But if so, what is controlling Nick. I can’t see it really being Nick, as Nick finds Lucifer’s violence too much for him to bear. He almost can’t control his feelings/emotions? I often think back to Sam when he was soulless and remember how it changed him, the deals he wanted to make and how violent he was with Dean and Bobby in that Cellar with Bobby freaked me out a bit if I am totally honest. Sam’s acting then was just mind blowingly good. I also think about Gadreel/Sam murdering Kevin, and his friend. All under the influence of something Supernatural?  The Supernatural influences can interfere with our characters make-up and we know the signs, when they are not quite whom, they really are?

Dean also admits that Michael has left the building? Has he really? Or is it some trick to set a trap in motion? Will some evidence of something Supernatural still be in Dean. According to previous articles Cain/MoC still appears to be inside him and has been laying dormant for a number of years. 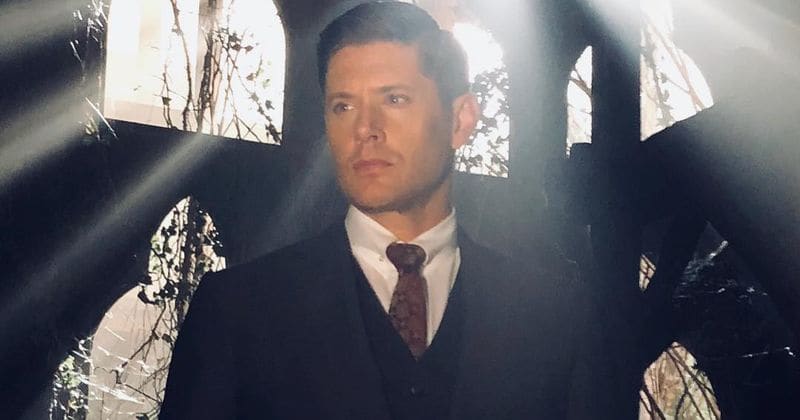 So why do Supernatural beings still remain behind in are human characters, once they are forced to abandon their shell, their home for however long it was. Are they too attached to human skin and body parts that they can’t banish completely? They want to hang on know matter what? So how do you think this is all going to pan out? Is Cas powerful enough to remove all evidence of angel powers in our character? Or does an Archangel have more Juice? Is Gabe going to come back as there are no archangels left anymore?

My thoughts also turn to Jack, and was surprised that if it came to it, they would kill Michael no matter who got in the way of the mission. Regardless if Dean was within or not? Jacks normally soft natured and hates the thought of killing people, and was mortified when he killed that security guard inadvertently and beat himself up about it for a long time afterwards. So I don’t buy this bullish Jack one little bit. So who is really affecting a number of our characters? I wonder if Jack would have repeated his words if he was face to face with Sam? Was he airing his inner thoughts to Cas because he feels closest to him? I also ponder if any other character had been in the way of a mission if Jack would still act the same? He is closer to both Sam and Cas, and it took him a while to warm and gel with Dean. So why did he really have to point out this fact in front of Cas? What also kind of disturbed me, was that Jack went to visit the only family he had and in such a short space of time a close bond could be seen growing. How can Jack be so damned callous to Dean if he got in the way of the mission, he would still kill him? I don’t get what the writers are doing? Jack is a soft natured person which we are bit by bit learning. Yet he can appear so cold of Dean, yet wonder off to see the only FAMILY he feels he’s got left and doesn’t give a by or leave for Dean trapped within Michael? What about Jack’s feelings towards Team free will? Isn’t he including these guys as FAMILY? I love Jack as a character, and don’t want the writers to change his personality?

As a side note: I loved the interactions between Cas and Nick. Their bond appeared quite close, and almost believable. But was it all an act?

Why did Nick resort to Murder? What is his real GOAL>? Is the real Nick capable of that type of murder when we know he crumbles at the thought of violence? Did Dean really end Lucifer when he stabbed him to death? If we really think about it, what is Nick going to do next?

Photographs: Courtesy and Property of ‘THE CW’

7 thoughts on “Is Lucifer still ALIVE?”